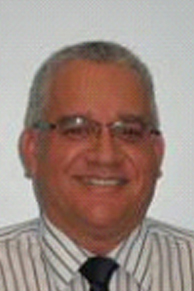 Alden A. Ebanks, affectionately known as Pastor Al was born on 20 January 1959 in Grand Cayman. In March 1979, he was united in marriage to E. Kathleen Bodden (Kathy) and together they have four wonderful children, one son-in-law and a grandson. In 1987 he was ordained as a Christian minister and became the full-time pastor of the Agape Family Worship Centre, a position he has held for 23 years.

Over the past 30 years he has served on numerous boards and committees such as the Marine Institute, Health Services Authority, 911 Critical Incident Stress Management Team, National Youth Commission, Children and Youth Foundation, National Gender Policy Group, and Strategic Planning Groups for both Education and Health. In 2003, he was one of 500 persons recognised as a nation builder on the Quincentennial Wall of Honour.

He has been an outspoken community leader on issues of national importance and was co-chair of the Cayman Islands Chamber of Commerce’s Working Group on Constitutional Modernisation in the Cayman Islands. In this role he has addressed the United Nations Committee of 24 both at the UN Headquarters in New York City and also at a regional seminar in Canouan, St. Vincent.

In January 2010 he was awarded a Honourary Doctor of Divinity Degree.